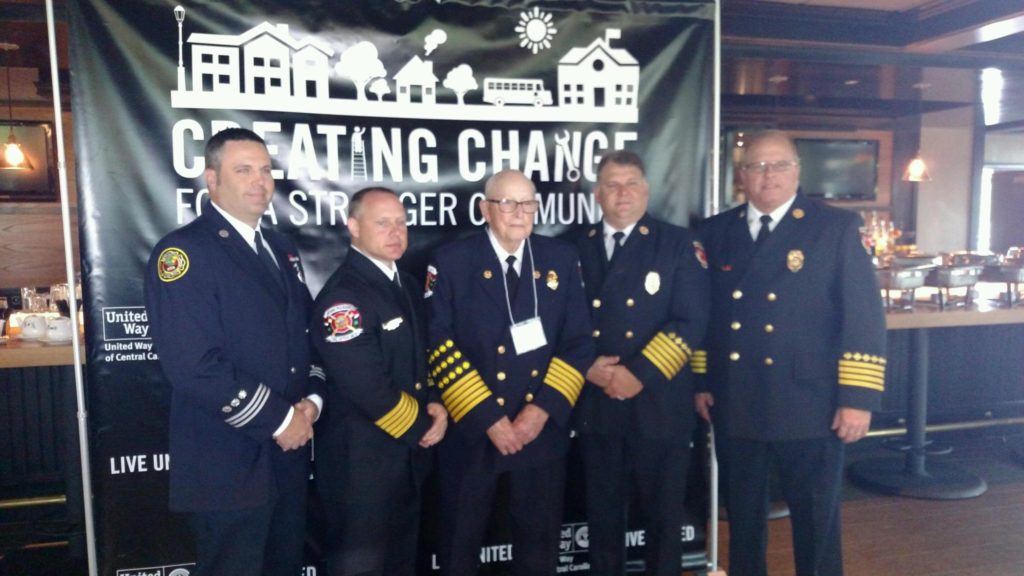 Arthur Kluttz was honored on April 12 with the Governor’s Award for Volunteer Service for his 74 years of commitment to the Mount Pleasant Volunteer Fire Department in Cabarrus County.

“Arthur has contributed, in many ways, to Mount Pleasant Fire and Rescue for over 74 years. Starting as a member in 1974, he was appointed as fire chief 22 years later. Even after retiring in 1991, he still attends every fire meeting faithfully. Over the course of those strong and dedicated 74 years, Arthur was named Cabarrus County Firefighter of the Year (1971 and 1982), Mount Pleasant Firefighter of the Year (1982 and 1992), led construction for the new fire station (1974), and served on the Town Board of Directors (1957). Even after experiencing two life-changing setbacks in recent years, he earned the title of Firefighter of the Year in 2014 from the NC State Grange and Saint John Grange of Cabarrus County. “