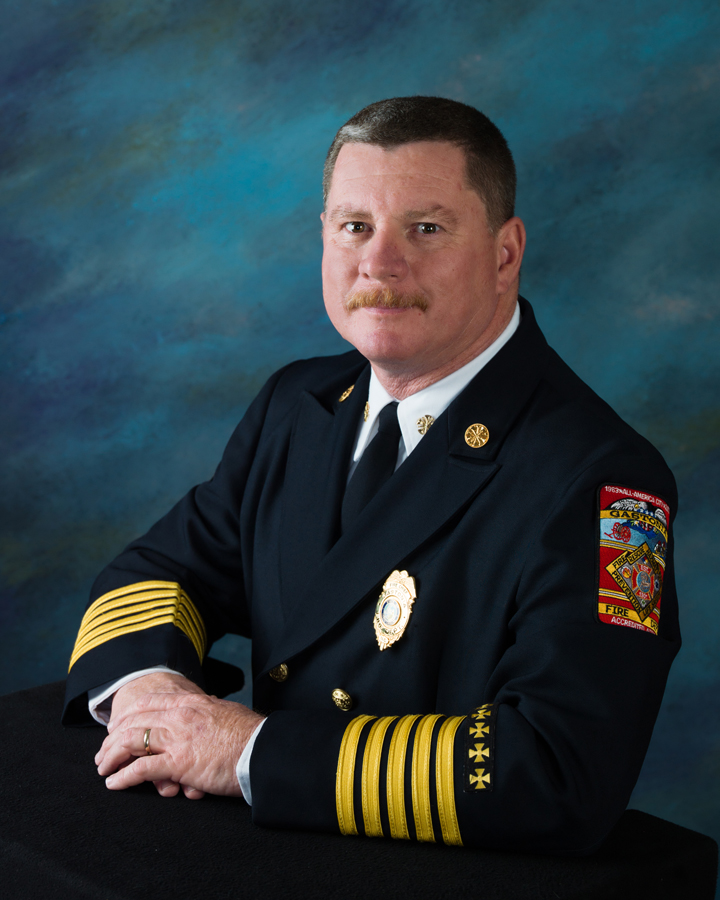 Michael Barrett
To some people, becoming the president of an organization means you’re finally able to kick up your heels and let the underlings do the dirty work.

A longtime colleague of Gastonia Fire Chief Phillip Welch Jr., the newly appointed president of the N.C. State Firemen’s Association, said that’s the last thing that will happen in this case.

“Phil is a great individual and very dedicated. He’s very well prepared because of all the years he’s served on the board,” said Paul Miller, the 22-year executive director of the NCSFA. “He’s been involved in a number of major decisions that have had a huge impact on our members over the years.”

A Gastonia native, Welch was 19 years old when he began his full-time career with the Gastonia Fire Department in 1980. He achieved his “dream job” of becoming the agency’s 18th fire chief in 2009. And this month, he was the first Gastonia firefighter in the department’s 108-year history to be designated the NCSFA’s president.

“I’ve been blessed to live out my dream,” he said this week, after being honored by the Gastonia City Council with a proclamation Tuesday.

The NCSFA is celebrating its 125th anniversary this year as the lead organization for firefighters across the state. It provides insurance and benefits for its approximately 48,000 individual members, advocates on their behalf and lobbies in Raleigh for legislation that enhances fire safety.

“We work very closely to support any fire safety-related issues that are out there,” Welch said.

Welch began his service on the NCSFA’s state board as the statistician, compiling all data about statewide firefighter injuries and fatalities, and held that position nine years. For the last seven years, he has advanced through the ranks as a high-level director on the board.

Welch said his 16 years with the organization have given him a unique insight into its core values and mission.

“I’ve been one of the very fortunate people to have had many years on the board,” he said. “It’s quite a process.”

His term as president will now last one year.

He is a 2004 Executive Fire Officer graduate of the National Fire Academy in Emmitsburg, Md. And he received the Chief Fire Officer designation from the Center for Public Safety Excellence.

Welch started out as an unpaid 18-year-old with the Union Road Volunteer Fire Department, and later served as its fire chief for several years. After joining Gastonia, he left in 1991 to become the first director of Gaston College’s newly constructed Regional Emergency Services Training Center.

Before leaving that year, he told then-Gastonia Fire Chief Bob Murray that he hoped to one day return and fill Murray’s seat. It was a dream he would realize 18 years later.

Murray, a past president of the N.C. Association of Fire Chiefs, described Welch as a “super leader” who he hated to lose in 1991. But it was for the best, he said.

“I give him credit for making the college program what it is,” he said. “It’s one of the best in the state, if not the best anywhere.”

Murray said he has no doubt Welch’s service as NCSFA president will pay dividends for North Carolina, not to mention Gastonia.